Florida Rep. Matt Gaetz, to borrow a phrase from the late singer Tom Petty, is free fallin’.Gaetz, a loyal foot soldier for former President Donald Trump and a Fox News darling, is engulfed in a scandal. The Justice Department is investigating whether Gaetz engaged in a relationship with a 17-year-old girl, whether he was involved with other young women, and whether he broke federal sex trafficking and prostitution laws, according to people briefed on the matter. 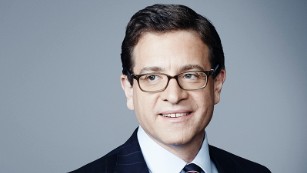 Julian ZelizerInvestigators have also examined whether federal campaign money was involved in paying for travel and expenses for the women, one source said. Gaetz said “no part of the allegations against me are true.” He denied that he paid any woman for sex, insisting that the 17-year-old girl does not exist, and that he was the victim of an organized criminal extortion plot, which the FBI is investigating separately.Sources also told CNN that Gaetz bragged about his sexual escapades on Capitol Hill and showed other lawmakers nude photos and videos of women he said he slept with. (There is no indication these pictures are connected to the Justice Department investigation.)On Friday, Gaetz’s office issued a statement announcing he and his communications director had parted ways, without giving an explanation as to why.This scandal has developed at a breakneck speed. But will his career come to an end? And will the GOP take a hit as a result?The answer is still unclear. To be sure, there is a long history of politicians who have had to face up to their own career-ending misconduct, with the fallout often going on to damage their parties. Arkansas Democratic Rep. Wilbur Mills initially survived a scandal in October 1974 when he was found in a car with Annabel Battistella, a stripper who went by the stage name Fanne Fox and was billed as the “Argentine Firecracker.” Mills went on to win reelection, but Democrats pressured him into resigning after he appeared drunk on stage with Battistella at a club in Boston. His downfall helped young Democrats push through reforms that weakened the standing of senior southern Democratic committee chairs who had long ruled the roost.

John Boehner is right about the GOP before TrumpIn 1976, Ohio Democrat Wayne Hays stepped down after the Washington Post broke a story about his mistress, a 27-year-old clerk named Elizabeth Ray who received a taxpayer-funded salary even though she admitted she couldn’t type, file or function as a receptionist. The career of Maryland Republican Bob Bauman, a champion of the religious right and a founder of the American Conservative Union, went down in flames in 1980 when he was accused of soliciting sex from a 16-year-old boy (those charges were later dropped after he completed six-months of counseling for alcoholism).In 1989, Republican Congressman Donald “Buz” Lukens of Ohio was convicted of having sex with a 16-year-old girl, which torpedoed his career and paved the way for John Boehner to win his seat in the 1990 election. In 2006, Florida Republican Mark Foley issued an apology and abruptly resigned after news reports detailed explicit messages he sent to teenaged male pages. His downfall helped Democrats regain control of the House in 2006.Yet there is also a long history of politicians who survived their scandals, sometimes with little more than an apology. In 1978, for instance, New York Democrat Fred Richmond was able to save his career despite having been arrested for soliciting sex from a 16-year-old boy. Rather than denying the events, he said he was sorry, admitted to a misdemeanor morals charge — which was later dropped — and won reelection. (His career later fell apart when he became embroiled in a financial scandal.)Though the House censured Democratic Massachusetts Rep. Gerry Studds in 1983 for his relationship with a 17-year-old House page, he remained in office until 1997. In 1993, police caught California Republican Ken Calvert in a car with a prostitute. (Calvert apologized for “inappropriate” behavior and insisted that he didn’t know the woman was for hire.) He won reelection and remains a member of Congress to this day.

Matt Gaetz’s diversionary tactics aren’t workingThe allegations against Gaetz, who is so far refusing to resign, raise several red flags for his political future. Politicians accused of illegal activity, of course, have always faced crises of credibility — not to mention the possibility of prosecution, conviction and jail time. Meanwhile, the #MeToo movement has highlighted in more recent years the pernicious effects of sexual harassment and misconduct, along with abuses of power in the workplace.House Speaker Nancy Pelosi suggested the Ethics Committee launch an investigation into Gaetz and said if the allegations were true, “being removed from the Judiciary Committee is the least that could be done.”

The Gaetz scandal will be another test to see how far Republicans are willing to go to protect their own. Over the past four-and-a-half years, we have repeatedly witnessed how the immense power of partisanship within the GOP overwhelms its moral concerns — despite the party’s widespread support among evangelical Christians. As long as Gaetz is considered valuable to the party — and a major player among Trump supporters — it is a safe bet that the modern GOP will stand by his side until the bitter end.After Trump, it’s clear the Republican Party seems willing to defend just about anyone in the name of power. Gaetz’s political future rests not on the morality of his actions, but how much power he can bring to the party. If the scandal begins to eclipse his value, it’s at that point the Republican Party will escort Gaetz to the door.