Michael D’Antonio is the author of the book “Never Enough: Donald Trump and the Pursuit of Success” and co-author, with Peter Eisner, of the book “High Crimes: The Corruption, Impunity, and Impeachment of Donald Trump.” The opinions expressed in this commentary are his own. View more opinion on CNN.

(CNN)The fevered huckster pitch — “And so much more!” — in the final paragraph is a dead giveaway. The ball of confusion published Wednesday without apparent fact-checking as a letter to the editor in the Wall Street Journal is a genuine product of Donald Trump’s mind. And it shows that he’s all-in on his deceptions and fully committed to the cause of undermining our democracy. 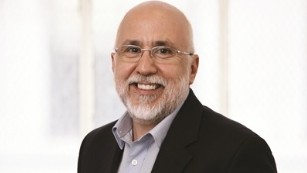 Michael D’AntonioSomeday the experts will complete the analysis of the former president’s public derangement, but for now the best we can do is note when it takes a dramatic turn. In this case he has dumped out a grab bag of misinformation, innuendo and outright lies to insist, nearly a year after the fact, that “the election was rigged, which you, unfortunately, still haven’t figured out.”

It is a classic Trump technique. Insist that his funhouse reality is real and then insult those who won’t agree. It’s notable here that he’s addressing the editorial page of the Wall Street Journal, which is so indulgent of extreme right-wing opinions that last year 280 newsroom employees signed a letter complaining of a “lack of fact-checking and transparency” that threatened the paper’s credibility. But Trump is always ready to attack media allies when they don’t toe the line. Just ask Fox News. (Fox News and the Journal are part of Rupert Murdoch’s media empire.)

The heart of Trump’s letter, written in response to a Wall Street Journal editorial that mentioned Biden’s 80,000-vote win in Pennsylvania, is his tired insistence that he was cheated out of reelection. In this case he offers 20 assertions about the election in Pennsylvania, including a false claim that Facebook founder Mark Zuckerberg spent a huge sum to “interfere” with the process in a way that presumably hurt the former president.

Wall Street Journal reporters object while opinion section prints Trump’s letter to the editorWhen Philip Bump of the Washington Post checked the facts, he found the letter rife with deception. For example, Trump cites the election analysis from a group called Audit the Vote PA that actually has no record of auditing anything.With its suggestive name, Audit the Vote PA is an example of the ways that clever activists can create the illusion of credibility. Anyone can create an instant organization. Let’s call ours “Trump University.” In the old days, you printed up some stationery and were suddenly in business. Today you make a website. With luck you can persuade enough people to believe that it’s real that you have tangible results. Trump University did, in fact, generate millions in revenues until students alleged fraud, the operation was shuttered and the founder paid $25 million to make his legal troubles go away. (Trump repeatedly denied the fraud claims.)

Just as he inflicted genuine harm on the students who believed in his Potemkin university, in his letter to the Journal, and in his long-running campaign about supposed election fraud, the flag-hugging former president does real damage to the country he professes to love.

The racist theory that is animating some Trump backersOn the very day that Trump’s letter first appeared on the Journal’s website, Politico published a poll that found that only 28% of Republicans trust our election system. This is hardly surprising, considering the enormous effort — lawsuits, tally reviews, and bogus claims — that Trump and his prominent allies have poured into their effort to persuade us that he was cheated. Add a sweeping Republican-led campaign to impose new state-level regulations on voting and there’s been so much sound and fury, people should be forgiven for thinking it all signifies something.Enter email to sign up for the CNN Opinion newsletter.close dialog

In reality, then-president Trump’s own Department of Homeland Security declared the 2020 election themost secure in our history. This means that everything Trump and his enablers have done to erode the public’s trust in the system reflects a concerted effort to undermine the American experiment. Elections are, after all, the bedrock of democracy. Destroy citizens’ faith in the process and you undermine the nation’s political foundation.If you don’t trust my assessment of the danger in what Trump is doing, consider what has been said by Chris Krebs, a Republican who was the Trump administration’s election watchdog. Responding to a press conference where Trump’s lawyer Rudy Giuliani repeated false charges of election fraud, Krebs said Giuliani “was undermining democracy. And that’s dangerous.”

With so few Republicans expressing faith in our elections, it’s clear that Trump has made the danger acute. His attacks on public trust are the political equivalent of falsely shouting, “Fire!” in a crowded theater.In publishing his letter, the Journal amplified Trump’s false alarm and enabled the next one, which may well reference his own letter, and its publication in an esteemed outlet, to “confirm” his deceptions. It’s all a game, but the stakes are real, and in publishing Trump with no accompanying fact-check, the Journal joined his team.