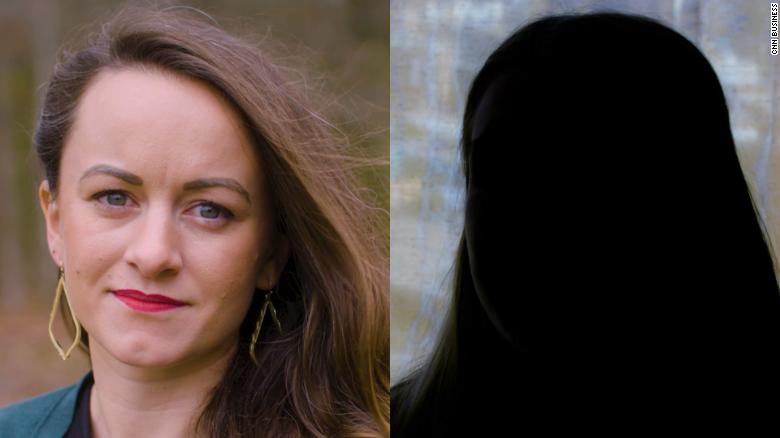 As Joe Biden was taking the oath of office to become President of the United States, 20-year-old Lily was holding her breath. “I thought, for sure this would be it,” she said. Finally, the moment she’d been waiting for months to arrive was here.

Her parents, ardent QAnon adherents, would finally see the truth and disavow the conspiracy theory, she believed. “[Inauguration] was the end of the line,” she said. Instead, the opposite happened.

Lily, whose name has been changed to protect her identity, has parents who believe in QAnon, the conspiracy theory that centers around former President Donald Trump. She’s one of countless people who feel they have lost a loved one to the grips of QAnon.
Adherents of this baseless conspiracy believe Trump is in a fight against the so-called “deep state,” a cabal of pedophilic, Democratic politicians and celebrities who abuse children. A mysterious entity who calls themselves “Q” claims to be a government insider and shares supposedly secret information about this fight through anonymous online posts, which the community calls “Q drops.”
For years, believers of QAnon have been waiting for “The Storm,” a day of reckoning foretold by Q during which these elites would be exposed, rounded up and possibly even executed. It seemed “The Storm” was always just around the corner.
Lily’s father frantically called her days before the inauguration, imploring her to come home for her safety, she said. Her parents were so sure Q’s predictions were going to come true.
But then Biden became president and nothing happened.
Lily hoped that her family would finally return to her after Biden’s inauguration.
“It’s only pushed them further and further,” Lily said.
Her parents have reasoned away why Q’s predictions didn’t come true. “They blame themselves for not understanding what Q meant,” she said. “For not being smart enough to be able to know what really is going to happen.”
Now Lily, like others who have lost loved ones to QAnon, is left wondering how to move forward.

A ‘switch that flips’

It’s unknown just how many QAnon followers there are. While not a measure of the number of adherents, awareness of QAnon is growing in the United States. The Pew Research Center found that the percentage of Americans who had heard of QAnon rose from 23 percent to 47 percent over the course of only 6 months in 2020. QAnon rose to prominence in multiple ways, including its association with political candidates in the 2020 election.
As the conspiracy theory has gained a larger following, the friends and family members of QAnon obsessives have sometimes become victims as well. Many are desperate to bring their loved ones back to reality.
Founded in 2019, r/QanonCasualties is a Reddit forum that provides “emotional support, resources, and a place to vent” for its over 128,000 members who “have a friend or loved one who’s been taken in by the QAnon conspiracy fantasy.” There are stories about marriages on the brink, families torn apart, and the inability to reason with those caught in QAnon’s grip.
“[My parents] are, on the outside, definitions of great people. But it’s this switch that flips in them when they’re talking about what the latest Q drop means,” Lily said.
As QAnon has overtaken their lives, Lily’s parents have taken a series of extreme actions. She said they sold their home and moved to a more rural area, bought $7,000 worth of pre-packaged food, and withdrew all the money from their bank accounts, which they now keep under their mattress.
“They’re unrecognizable as the people that I grew up with,” Lily said.
In the past, her parents would often tell her that they were proud of her, she recalls. She was their “dream daughter” who they loved to brag about to their friends.
Now, Lily said her parents see her as “an enemy, a disappointment, a brainwashed student.”
President Joe Biden’s inauguration wasn’t enough to bring Lily’s parents back to reality. She’s not sure if things will ever return to “normal” with them.

It is possible for people to disavow QAnon.
Experts say friends and family of QAnon believers shouldn’t argue about doctrine or facts. This will only cause believers to further entrench themselves in the conspiracy theory.
“They shouldn’t argue about the specifics of the messaging, because that only causes the person to become defensive,” said Diane Benscoter, a former member of the Unification Church, a new religious movement more commonly known as the Moonies. She founded Antidote, an organization that offers support to people who have lost loved ones to cults.
But Danielle Marshall, age 33, fears her mother, a QAnon believer, is “a lost cause.”
Marshall said her relationship with her mother had long been strained, but things boiled over on January 6.
Marshall said her wife is a U.S. Capitol police officer and was at the Capitol when it was attacked. Marshall’s mother was at the rally in Washington D.C. that same day to see President Trump. CNN has no reason to believe Marshall’s mother was part of the crowd that stormed the Capitol. 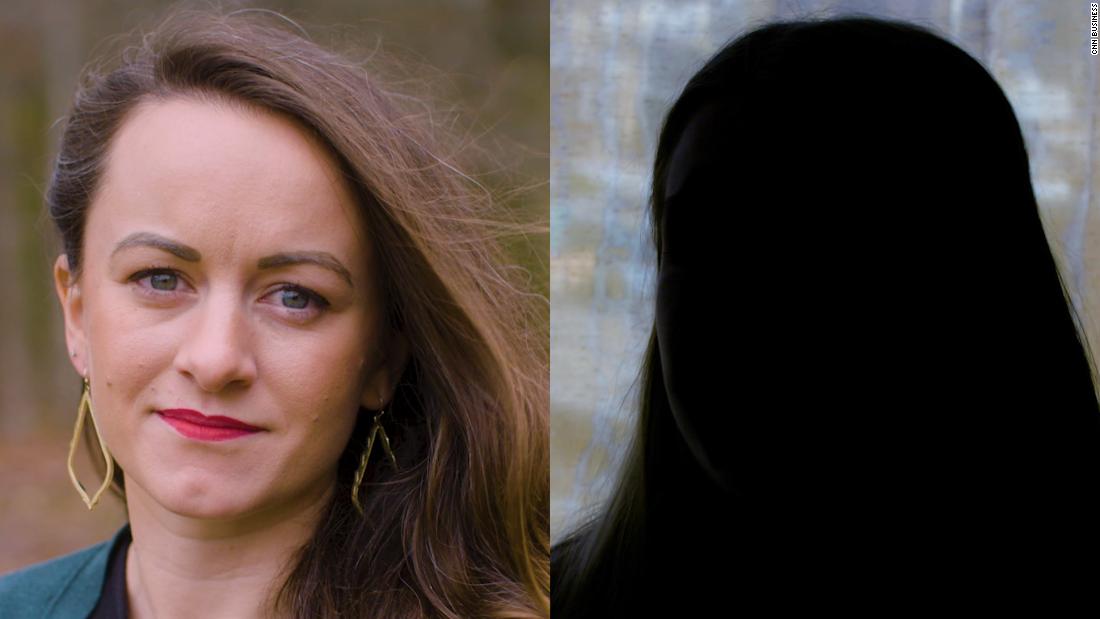 Danielle Marshall (left) and Lily (right) have lost loved ones to QAnon.
“I feel like I’ve tried and tried and tried with my mom,” Marshall said. “Putting my wife’s life in danger was a step too far.”
Marshall’s mother has always been conservative and religious. During her childhood her mother “rallied against science, against public education, against vaccines,” Marshall said. “And I grew up homeschooled.” She recalled memorizing scripture verses from the Bible as young child.
But until she found QAnon, her mother had never put anything “on the pedestal equal to the Bible,” Marshall said.
Marshall’s mother has a YouTube channel where she promotes QAnon theories to her nearly 18 thousand subscribers.
“What really has hurt me is that she has taken these conspiracy theories and spread them to tens of thousands of people,” Marshall said.
The day before President Biden’s inauguration, Marshall’s mother posted a short video to her YouTube channel referencing the coming “storm.” On Rumble, a video-sharing platform popular with conservatives, where she also runs a channel dedicated to QAnon content, she discussed with excitement “the end of a criminal cabal” that she believed would unfold the following day.
The day following Biden’s inauguration Marshall’s mom posted another video. Speaking in a more reserved tone, she offers a prayer to God for the QAnon faithful. “We trust your plan,” she said.
Benscoter insists that believing in conspiracy theories isn’t sustainable. Eventually, believers will doubt the misinformation and lies they’ve bought into.
“That person that they love is still in there,” Benscoter said. “It’s a lot to ask of a young person to be there for their parents to help them get out of this with their dignity, but that’s really what needs to happen in order to mend the relationship.”
Until that day comes, Lily fears what the next Q drop could bring.
“With a click of a button, Q could completely destroy their lives, could get them killed, could get them in jail.”

Maher on Trump’s upcoming CPAC speech: ‘The shark is not gone. We need a bigger boat’

Maher on Trump’s upcoming CPAC speech: ‘The shark is not gone....