Over the past few weeks, progressive activists have lit up Twitter over the media’s criticism of President Joe Biden. There have even been loud complaints that the White House briefing is no longer consistently covered live by the cable networks, as if the media is somehow trying to silence the President and his spokesperson. 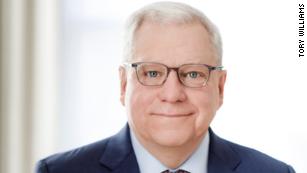 Joe LockhartI have some advice for my progressive friends — get over it. If you expected the press to fall in love with President Biden because he is better than Trump — he is — you were always going to be disappointed. And for those who think the briefing should be on live every day, that would mean things were going badly at the White House, not well.Let me take these two related things one at a time. The media was never going to fall in love with Biden. And, after a short period, they were not going to judge him against Trump’s performance. There can be no real doubt that Biden is doing a better job as President than Trump. But what the media will judge him on going forward is how well does he do against the many promises he made in the campaign — not his record compared to Trump.I often complain that some reporters who cover politics really don’t understand how politics and government work. On the flip side, I have to admit that many political activists, especially progressive activists, don’t understand how reporters work. It is that misunderstanding that foments much of the hostility between the media and activists. Further, I’ve never worked for a politician who thought they got good press, nor have I worked with a reporter who believed they were getting enough access to the President or other politicians.The mainstream media, in my opinion, does not have a liberal or a conservative bent. Their ideology is an activist one. If there is a problem in this country, they assume the government should figure out how to fix it. The media is drawn to action and decisiveness and punishes dithering and, at times, thoughtful deliberation.In my time as press secretary, I was repeatedly pushed on why decisions had not yet been made, particularly on matters of foreign policy and national security — our efforts behind the scenes, even when fruitful, could look ineffective during the process.

They are also trained to not believe what they are told and to demand proof of everything — a kind of guilty until proven innocent. Why are they like that? Because they don’t always get it straight from politicians and government officials, including progressive ones.Journalists are trained to be skeptical and look for multiple sources to confirm information. They seek evidence when possible, and do not rely on any one person’s word. For those who think it’s all like Bob Woodward and Carl Bernstein, meeting sources in a parking garage to take down former President Richard Nixon, take a closer look at history and see how they pieced together important information from an enormous number of sources.The process, though, generally does not make for great movies or entertainment. It is painstaking and a lot like watching the sausage being made — good results but not a process you want to see all the way through very often.Not all reporters are good at their jobs. Some are more interested in click bait, front-page placement, or getting on TV to promote their careers. But most reporters I’ve known work hard, are fair and are in the business for the right reason — to hold public officials accountable.So, how does the briefing and live coverage fit into all this? Progressives were outraged that Trump’s press secretaries were given a live television platform to lie for the then-President. They believed this helped him and his cause.

So, they believe that when Jen Psaki gets up and tells the truth, that too should get live TV coverage. I think they are wrong on both accounts.Kayleigh McEnany was worth live TV because every day was a crisis in the Trump White House. While her briefings may have served an audience of one, Trump’s drubbing at the polls, losing by almost 7 million votes, demonstrated the communication strategy as flawed and inadequate in my opinion. In fact, the briefings, when they were held, showed the media doing their jobs — pinning her down on lies and holding them accountable.For these reasons it’s good news that news networks choose not to show Psaki every day (it should be noted that Psaki was a CNN political commentator. In reality, it means the media hasn’t had to aggressively fact check her, and the inner workings of the government are not dramatic on a day-to-day basis. She does not approach it as 45 minutes of entertainment. Quite the opposite: she views it as a repeatable way to make sure the press and the public know what the President is up to.

From the White House’s perspective, the sausage making of gathering news is not something that really helps Biden. The back and forth in the briefing room is a battle between the White House providing context around events and the media, which is trying to find out what is going on. Reporters’ jobs are to push hard on everything to find inconsistencies, omissions and misstatements. It’s not pretty for either side and looking in from the outside it’s much more hostile seeming than it really is. Knowing all that, why would the Biden Administration want that verbal jousting on air instead of the words directly from the President? Skeptical reporters are doing their jobs. There is sometimes even justifiable hostility on both sides. But that’s the way it should work. Reporters are not there to be friends to politicians or to promote their causes. Anything less would be a disservice to the American people. And talented press secretaries, like Psaki, can measure their success often in ways the public does not see on live television.

Just Sayn', it's worth taking 3 mins to watch Val Demings...