The constitutional imperative is clear; the political implications are trickier. 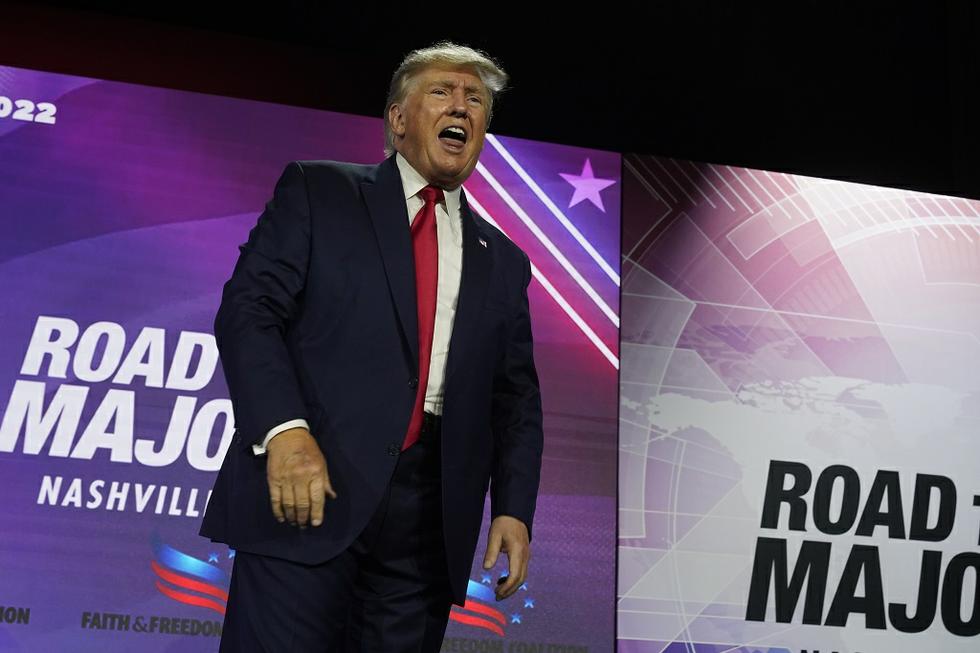 The Select Committee has done a superb job of accumulating evidence that Donald Trump can and should be indicted. Although naysayers keep raising questions about whether a prosecution could prove criminal intent, that is a possible concern only in the case of one of the possible charges—seditious conspiracy. Trump’s lawyers have suggested that if he truly believed he won the election, then he was not guilty of criminal intent. This is why the committee has produced witness after witness who’d told Trump to his face that he’d lost.ADVERTISING

However, in the case of the other likely charge, interfering with an official proceeding, there is no question about Trump’s intent. His repeated efforts to pressure Mike Pence to stop the electoral count and fish for a better arithmetic leaves not a shred of doubt of what Trump intended to happen. And that charge is hardly a case of “getting Willie Sutton on tax evasion.” It’s a felony that carries a 20-year prison term.

But demonstrating that Trump can be indicted is only the beginning of the story, and it raises a host of other questions. One is whether indicting a former president would be good for American democracy.

Some skeptics have made the argument that this would make America more like corrupt Third World countries where it’s routine to send the last incumbent to prison on one charge or another. If we set a precedent of prosecuting a former president, would this become the norm?

The answer, I think, is that Trump is unlike any other former president. To let criminal behavior by the nation’s chief constitutional officer go unpunished would be a betrayal of our democracy. As several members of the committee pointed out, every president beginning with George Washington cooperated with a peaceful transition of power—until Trump.

As for setting a precedent of harassing predecessors, long before the investigation of the 2020 election, Trump supporters regularly chanted, speaking of Hillary Clinton, “Lock her up!” By soundly destroying Trumpism, we make it less likely that criminal prosecution of previous presidents will become a norm.

But one also has to ask, without apology, whether prosecution of Trump would be good for America as a democracy in a more political sense. There is now only one of our two major parties that believes in democracy—the Democratic Party. The refusal of the Republican congressional leadership to back the January 6th investigation or, with a handful of exceptions, to condemn Trump’s actions, underscores that dismal reality.

So would prosecution of Trump strengthen or weaken Trump and Trumpism? It’s already clear that Trump no longer has the power over his followers that he once had. Trump-favored candidates keep losing primaries.

The long-heralded fragmentation of the Republican Party is finally at hand. It is really breaking into not two but four different factions: diehard Trump supporters; MAGA voters who want Trumpism without Trump; soft anti-Trump Republicans like Mitch McConnell; and full-throated Republicans appalled by Trump, such as Liz Cheney.

The latter group seems to be growing, thanks to the committee’s good work. According to the most recent polling, fully 19 percent of Republican voters (and 58 percent of all Americans) think Trump should be indicted. More than half of Republicans think he should not be the nominee in 2024.

Trump is unlike any other former president.

All of this makes it all but certain that the Republican Party will face a free-for-all set of presidential primaries in 2024. That also has to be good for our democracy and for Democrats, which is virtually the same thing.

Another tricky question is whether Trump would become stronger or weaker if he is indicted. If he is indicted but not convicted, or if a corrupted Supreme Court overturns his conviction, he becomes something of a martyr and perhaps rallies his base. But enough damage has been done to him already that Trump goes into the 2024 primaries as less than the favorite, even without an indictment.

If one wanted to be truly cynical, one would hope that Attorney General Merrick Garland would decide not to indict Trump. That, in turn, could give him more of a shot at winning the Republican nomination—and make him easier to beat in the 2024 general election.

Indeed, Trump has lost so much appeal with other Republicans that he would probably be a weaker general-election candidate than, say, Florida Gov. Ron DeSantis, or former Vice President Mike Pence, or Missouri Sen. Josh Hawley. And Trump’s presence on the ballot would rally Democrats.

The weakening of Trump and rising support for indicting him is a tribute to the work of the Select Committee—and a gain for democracy. Speaking just for myself, I’m not so cynical that I want Trump on the ballot. For the sake of constitutional democracy, the process needs to go forward, and Trump should be indicted.