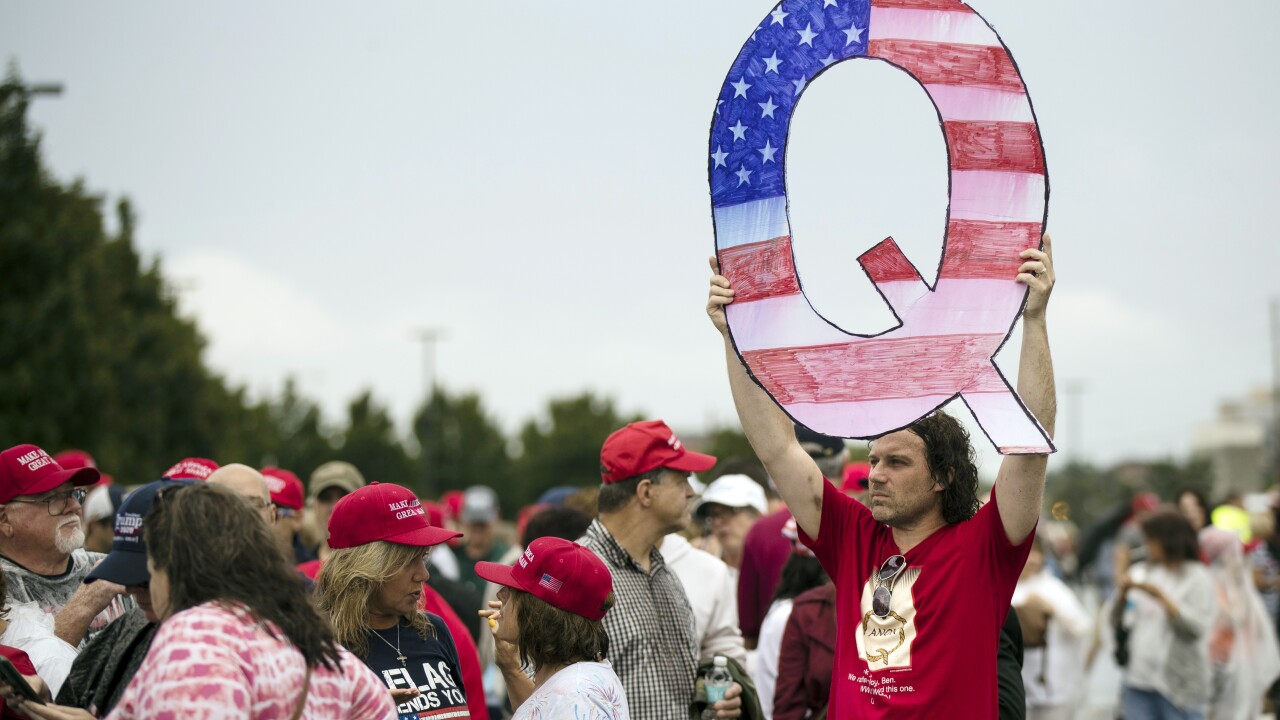 Photo by: Matt Rourke/AP
FILE – In this Aug. 2, 2018, file photo, a protesters holds a Q sign waits in line with others to enter a campaign rally with President Donald Trump in Wilkes-Barre, Pa. Facebook says on Wednesday, Aug. 19, 2020, it will restrict QAnon and stop recommending that users join groups supporting it, but the company is stopping short of banning the right-wing conspiracy movement outright. (AP Photo/Matt Rourke, File) 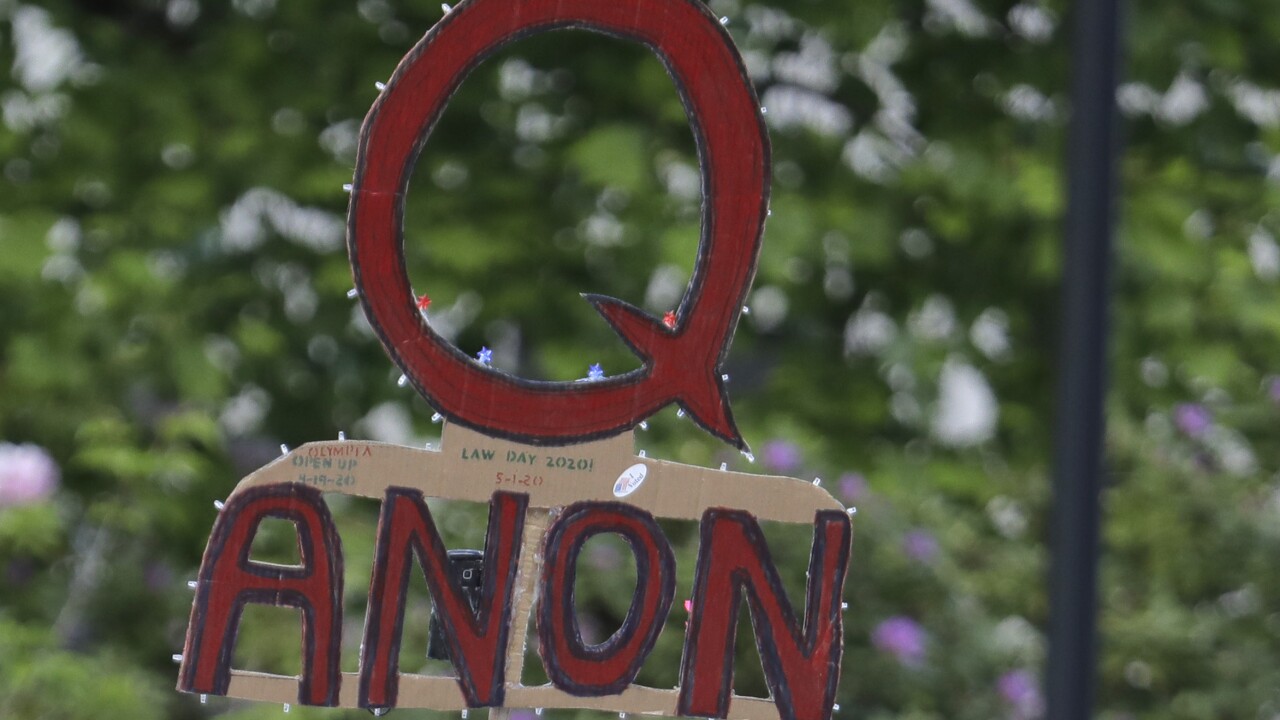 Those who believe in the baseless conspiracy theories of the QAnon movement are looking ahead to March 4, according to several reports.

The QAnon community falsely believes that former President Donald Trump is a savior who will stay in power, and he is waging a war against a cabal of satanic pedophiles. They also believe a “storm” is coming, where Democrats and others are rounded up and tried or killed.

In 2019, the FBI warned the conspiracy theory movement was “domestic terrorism” and a “growing threat.”

They follow the internet posts of an anonymous poster called “Q”. This person, or persons, has not posted since December, but this has not stopped conspiracies from energizing those who believe the discredited ideology. Including one about March 4.

“The belief systems and the conspiracy theories that sustain the movement don’t come from Trump or Q or any specific leader — it’s sort of crowdsourced and self-generated,” Travis View told NPR. View hosts a podcast that tracks and debunks online conspiracy theories.

“It really is about the community and the feeling that they have some sort of inside information about what’s going to happen, so there’s really no head of the snake. There’s not one thing you can take out that will make the entire movement fizzle.”

After President Joe Biden was sworn in on Jan. 20, there were online conversations among QAnon followers about Trump being sworn into office for a second presidential term on March 4.

The theory is a little convoluted, and hearkens back to historic conspiracies about secret laws in 1871 and later in the 20th Century when our money became untethered to the gold standard. What is true, is that before 1937 presidents were sworn into office in early March.

While the basis for the March 4 date and reasoning for a second inauguration is a little unclear, it is getting more attention after it was reported that Trump’s own Washington D.C. hotel had increased their prices for a room on March 4, according to Forbes. The outlet reports Trump International Hotel also increased their rates on Jan. 5 and 6.