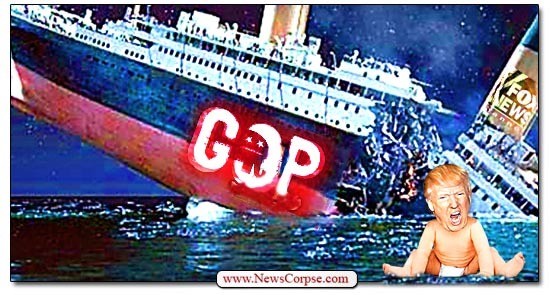 This piece is running in newspapers in the very red congressional district in which I ran as the Democratic nominee for Congress in 2012, under the slogan, “Truth. For a change.”

The founders of the United States were part of what has widely been called “the Age of Reason.”

It was their faith in the ability of human beings to be rational that led them to create a democracy. They believed that freedom of speech and press and of association and assembly would enable these rational beings to conduct their collective business well enough: they would discern the truth well enough to make good enough judgments about how to use their powers as citizens to advance their interests and values.

I wonder if they recognized how vulnerable such “reason” might be, in their democracy, to the power of propaganda. I must confess that I – sharing their belief in people’s ability to make good judgments on the basis of the truth – never imagined that propaganda could drive so many people so deeply into Unreason.

Consider – in view of what a thoroughgoing liar Putin has shown himself to be — what Reason would conclude from what former President Trump’s declared at that infamous news conference in Helsinki: i.e. that — rather than believing the unanimous opinion of 17 American intelligence agencies that Putin had meddled in the 2016 election (to help Trump become President) – he instead believed Putin’s denial. A pair of liars.

Isn’t it obvious what any reasoning citizen should? Clearly, Putin – a clever strategic thinker who wishes America ill — expected Trump’s being President would accomplish the very opposite of “Make America Great Again.”

But of course, tens of millions of Americans had been led into an unreasoning state of mind, in which they could believe what does not – for a moment — “stand to reason.”

Putin, too, has used propaganda to put his people into a frame of mind where reason and evidence cannot penetrate.

Virtually everything that Putin has said about his aggression in Ukraine has been a blatant lie. No reasonable person could believe, for example, that it was the Ukrainians who attacked Russia— somehow choosing the worst possible moment to do so, when 200,000 Russian troops were encircling their nation.

Yet the majority of Russians evidently believe the propaganda.

We hear, for example, from Ukrainians who have tried to tell their older parents back in Russia of what’s happening to their country: the parents disbelieve their own children’s eyewitness account!

One might say that this is unsurprising in Putin’s autocratic Russia, where government has controlled information and dissent. The experts say that being marinated in Putin’s propaganda for 20 years has rendered the minds of these Russians impermeable to the truth.

Had propaganda had not so incapacitated the citizens’ capacity for reasoning, the reasoning citizen — even with real news blocked by censorship — should know that Putin’s propaganda was false just from the evidence visible around them:

A person able to reason would know that only Putin’s having done something very different from what the propaganda claimed – something that profoundly offended the wider world — could account for the evidence staring Russians in the face.

But for most of the population, evidently, the propaganda overpowers what reason should readily conclude from this stark evidence.

Likewise in a large swath of the American population.

Our founders – in the Age of Reason – might have assumed (or was it only hoped?) that the citizens of their democracy would readily understand that Trump’s claim of a Stolen Election was false, since every bit of the mountainous evidence showed that to be a Big Lie.

And reasoning citizens would have concluded further that therefore it was Donald Trump who was trying to steal the election, that his “Stop the Steal” was as much the opposite of the truth as Putin’s “liberating” Ukraine from a fascist regime.

But tens of millions of Americans – disabled from the reasoning powers our founders had hoped the citizenry would employ – believe that Big Lie and lend their support to the overthrow of the constitutional order our founders gave us.

I don’t know if our founders envisioned such a possibility, but I confess that I did not. I never would have imagined it possible for the Conservative America that supported the Party of Eisenhower, Reagan, and the first Bush could be transformed by propaganda into the Party of Trump.

In a free society, a succession of masters of propaganda – starting with Limbaugh and Gingrich, joined by Ailes’ propaganda network at Fox, then also Karl Rove as “Bush’s Brain,” and finally the cult leader Trump – created a Republican base that will believe the unbelievable, and support a Party that consistently disserves its supporters’ interests and values.

Much of the nation has descended into an Age of Unreason.