Rep. Ilhan Omar: We didn’t envision having Republicans in our party 01:28

Lincoln Mitchell (@LincolnMitchell) teaches in the School of International and Public Affairs at Columbia University. His most recent book is “The Giants and Their City: Major League Baseball in San Francisco, 1976-1992.” (Kent State University Press, 2020) The opinions expressed here are his own. View more opinion at CNN.

(CNN)After a failed, all-day scramble to get the $1.2 trillion infrastructure bill passed on Thursday, President Joe Biden’s legislative agenda is in jeopardy for the moment. Not so much because of the unavoidable strong Republican opposition but because of a few congressional Democrats who refuse to support the legislation unless it is adjusted to their precise liking. Now, it’s been reported that there is a new $2.1 trillion compromise being floated around in Washington, but the division is so clear that the new figure may not be enough to get the needed votes.In some respects, this may seem like a normal part of the legislative process, but it is no longer that simple. 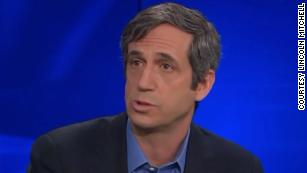 Lincoln MitchellDemocrat Senators from West Virginia and Arizona, Joe Manchin and Kyrsten Sinema have balked at the $3.5 trillion social infrastructure bill that would combat climate change and expand the child tax credit and Medicare’s coverage, among other provisions. They assert that it is too much money. Manchin has recently indicated he would like to see the price tag cut at least in half to something closer to $1.5 trillion. This may sound like an attempt at a good faith negotiation, but it is something else. Manchin said he informed President Biden about his number and added he’s “never been a liberal in any way, shape or form.”

However, the best opportunity to shape this package came months ago when Senate leadership and the White House agreed on the $3.5 trillion figure, down from the $6 trillion initially proposed by the Biden administration. The bill was pared down over opposition from the Democratic Party’s left flank. During that process, the Democratic leadership was very respectful of the concerns of the party’s more conservative members.

Rockefellers have a message for Joe ManchinEven if Manchin and Sinema’s concerns are taken at face value, part of being a competent legislator is recognizing when the compromise has been made and it is time to support it. Similarly, being in a political party means sometimes doing what is best for the party even if you do not entirely agree — and this is one of those times. After all, in this case many progressive Democrats have agreed to support a budget bill that is about half of what was originally proposed. Manchin and Sinema want to reopen the negotiations to pry more concessions out of the left — and appear to be threatening significant damage to their party if they are not allowed to do that.

In Washington, once the President and the leaders of his party in both houses support something, members should get behind it if the vote is close. This does not mean that there cannot be more negotiations, but the party should pass the proposal.Enter email to sign up for the CNN Opinion newsletter.close dialog

This was evident early in Donald Trump’s administration, when Sen. Mitch McConnell and Rep. Paul Ryan, the Republican Senate Majority Leader and Speaker of the House at the time, got firmly behind Donald Trump and worked with their party to pass his signature piece of legislation — the 2017 tax reform. Those two legislative leaders also largely muted Republican criticism of Trump during the time they held their positions.

The Democratic Party finds itself at a similar place now. The leadership agrees, the deal was cut between Biden and the legislative leaders and the compromises were made, now the votes need to be there. Biden, Chuck Schumer and Nancy Pelosi are all essentially in the center of the Democratic Party and therefore are consistently pressured by the party’s progressive and conservative flanks. This is natural and probably healthy, but it also underscores the extent to which anything that they can all agree upon reflects a broad consensus within the party.Failure to pass this legislation will damage an already vulnerable President Biden and deprive the Democratic Party of a major accomplishment it can present to the voters in both the 2022 and 2024 elections. In other words, any Democrat who does not support this deal, protestations about fiscal responsibility or pressing the pause button notwithstanding, is playing directly into GOP hands.

Democrats are fighting for their political livesAt this point in the process, the questions are no longer about compromise, what Manchin and Sinema need to support the bill or abstract concerns about fiscal prudence. Now the question for Manchin and Sinema is whether they want to be with Biden and Schumer or with McConnell and Trump. That language is stark, but walking away from a deal that Democratic leadership has already made when they agreed on the $3.5 trillion number will hand the GOP a big victory that will badly weaken the Democrats in Congress while also making Biden’s path to reelection more difficult.

The United States does not have a parliamentary system where legislative leaders wield enormous power and can discipline members who go astray. Similarly, individual members of Congress are generally political entrepreneurs with their own donor bases, political views and relationships to constituencies. This is certainly true of Manchin and Sinema.Get our free weekly newsletter

Join us on Twitter and FacebookHowever, Washington needs some party cohesion to function. At this moment, with the leadership of the Democratic Party strongly behind a battery of legislation that is absolutely central to the President’s agenda, as well as in their eyes the future of the country, any legislator who claims to be a Democrat must put personal concerns aside and support the bill. Manchin and Sinema may enjoy the attention they have been receiving recently, but if they don’t go along with the leadership now they will have done more to bring down Biden and the Democratic majority in Congress than Sen. McConnell and Rep. Kevin McCarthy ever could.