Former FBI Director James Comey argued that the GOP needs “to be burned down or changed,” likened the Capitol riot to the Chernobyl nuclear disaster, and called the Jan. 6 security shortcomings “a 9/11-size failure” during a new interview.

The interview, in which he criticized President Trump as a liar and his supporters as bad for the GOP, comes roughly a week after the former FBI chief argued that President-elect Joe Biden should consider issuing a pardon for the outgoing commander-in-chief after Inauguration Day.

“The Republican party needs to be burned down or changed,” Comey told The Guardian in an interview published Tuesday. “Something is shifting, and I’m hoping it’s the fault breaking apart, a break between the Trumpists and those people who want to try and build a responsible conservative party, because everybody should know that we need one. Who would want to be part of an organization that at its core is built on lies and racism and know-nothingism? It’s just not a healthy political organization.” 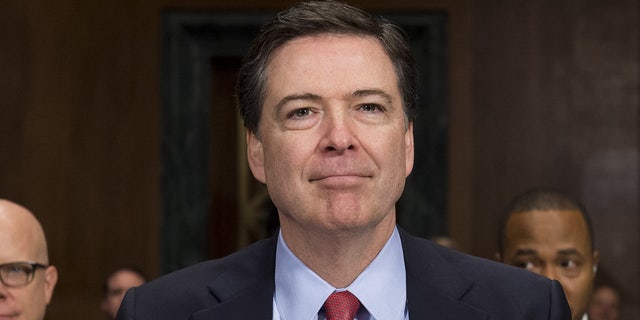 He compared the Jan. 6 Capitol riot to the Chernobyl nuclear power plant, accusing Trump of attacking it “to weaken its foundation” and then setting up a radioactive disaster.

“That’s what you saw on Capitol Hill, our own Chernobyl, when the ugly radioactive violence and racism of America explodes in public view,” he said.

And the ensuing chaos made him sick and angry as “an attack on the literal and symbolic heart of our democracy,” he said.

“I am mystified and angry that Capitol Hill wasn’t defended,” he continued. “It’s a hill! If you wanted to defend it, you could defend it, and for some reason it was not defended.”

He indicated that he’s still not sure about the infamous Steele dossier and the salacious allegations within. And he acknowledged President Trump’s charisma but claimed most of what he said was “filled with constant lying.”

“I think it’s something about that combination that makes him uniquely able to bend people – and he has bent lot of people,” Comey said. “It’s a really hard thing to resist. I bent in small ways that I convinced myself were tactical.”

Democrats are Trying to Cancel Trump

Arizona GOP Senate doesn’t know WTF to do with ballots it...