You know, we may all die of ulcers, anxiety, or heart failure, but as long as Donald Trump is in office, by God, we are not going to die of boredom. I cannot even remember the no-drama Obama years, when I was lulled into my liberal stupor and all was right with the world. Then, a presidential scandal was a tan suit, a coffee cup and a jar of mustard. Perhaps I just dreamt it.

In all events, along with 1. The damning testimony of the former Ambassador to Ukraine about how she was systematically forced out by Trump; 2. the ongoing impeachment inquiry, 3. the massacre going on in Syria, 4. the eroding economic factors, 5. the elimination of Enemy of the People, Shepard Smith, 6. the criminal investigation of Rudy Giuliani and his cohorts, and 7. Whatever else I didn’t mention because my head is spinning trying to keep up; Donald Trump gives us yet another presidential present: he just tweeted that his acting Homeland Security Chief is leaving. Forget the cabinet posts, now even the acting department heads are bailing. Look out below. The West Wing is unleashing personnel like it was a hail storm.

….Congratulations Kevin, on a job well done! I will be announcing the new Acting Secretary next week. Many wonderful candidates!

This is the new Republican boilerplate: Paul Ryan had to spend time with his family, Sarah Huckabee Sanders had to spend time with hers, and now McAleenan needs to return home to the hearth as well. This was the guy that was going to take us in a “tougher” direction, you remember that? What? You don’t remember anything because you’re going into a coma from sensory overload? Well, save a place for the rest of us, because we’re right behind you! For those whose heads haven’t exploded yet, here’s the recent history of the clearly dysfunctional Department of Homeland Security, a ship that keeps losing it’s captain and is listing about without a keel. NPR:

During his tenure, McAleenan, a career civil servant, managed to decrease the number of people entering the United States illegally across the southern border. But in an interview with The Washington Post last week, he complained about the “tone, the message, the public face and approach” of the nation’s immigration policy.

The departure continues a purge of leadership at the Department of Homeland Security at Trump’s behest and raises more uncertainty over management at the massive agency created after the Sept. 11 terrorist attacks. 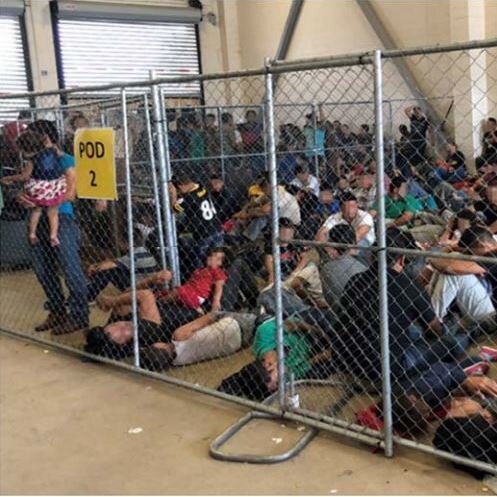 Trump elevated McAleenan to serve as acting replacement for Nielsen just days after he said he wanted the administration to go in a “tougher direction” as illegal border crossings had increased.

Ah yes, the border and The Wall was Trump’s signature issue. Doesn’t seem like that’s working out any more than the trade wars that are good and easy to win. Well, maybe impeachment will guarantee him re-election, as he keeps insisting. Or, maybe a flying saucer will land on the White House lawn. I rule out nothing.

‘Nightmare Scenario That Everyone Predicted’: As Millions Struggle to Meet Basic...

Trump adviser: Trump ‘took a gamble’ that coronavirus would go away...