The House Republican Conference has ousted Rep. Liz Cheney of Wyoming from her leadership position at a time when the party’s political fortunes are very much in flux. 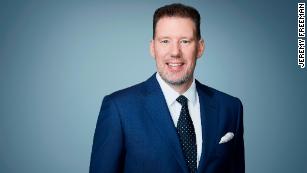 Douglas HeyeHouse Minority Leader Kevin McCarthy and a majority of congressional Republicans are trying to stay focused on beating back the Democratic agenda and campaigning for the 2022 midterms, while former President Donald Trump remains committed to relitigating the 2020 election — threatening any Republican who does not espouse that he, and not Joe Biden, won.Wednesday’s move — likely replacing the conservative Cheney with New York Rep. Elise Stefanik, whose voting record is decidedly more moderate — shows that the old distinction of moderate vs. conservative Republican is obsolete, if it was ever true. Paramount to a Republican’s success in the party now is pledging allegiance to the former President.https://202d85ead3b508fcdb6ad2fbf72fa600.safeframe.googlesyndication.com/safeframe/1-0-38/html/container.htmlIn her recent Washington Post op-ed, Cheney wrote about doing what was right — standing up to Trump’s lies — regardless of what she called “short-term political consequences,” which in this case meant losing her leadership post. And, on Tuesday night, she reiterated that she would be focused on the long-term repair of a party that has strayed far from its values and respect for democracy and truth. In doing so, Cheney committed to being a part of the solution.

Trump is the root of why GOP will sacrifice Cheney for StefanikThe question for Republicans is what does this division within the party mean for its future? And the honest answer is that no one knows.January 6 was a dark day for the country. For the Republican Party, it likely hastened the exodus from the party many have made. According to Gallup, since Election Day, the percentage of Americans identifying as Republicans has dropped from 30% to 26%, while identifying Democrats have remained steady at 31%. Though it is hard to fully explain the reason for Republicans’ departure from their party, one thing is clear: Over four years in office, Trump cost Republicans the White House, the US House of Representatives and the United States Senate, and he now risks the party’s future by causing a greater hemorrhaging of voters.It doesn’t take great skill to understand that in order to win elections, a party needs to grow its support — not bleed it. Wednesday’s action against Cheney does nothing to help that cause. If anything, it sends the message to Republicans who were not enthusiastic about Trump that they have no place in the party.Republican complaints about Cheney — that her criticisms of Trump force them to look backward instead of forward (ignoring the obvious fact that Trump and other Republicans continue to look back and question the results of the 2020 election) — come even as many conservative officials privately acknowledge to me that they would be better off had they never embraced Trump.

Just like Michael Cohen, the GOP are Trump’s ‘fixers’Is that really the case?Sen. Lindsey Graham of South Carolina argues that Republicans cannot win without Trump. They need his base to be competitive in elections. But at the same time, as Cheney has warned her colleagues, they may not be able to win with him, since he turns off key Republican-leaning constituencies — particularly in the suburbs.It’s the textbook definition of being damned if you do and damned if you don’t.Even before the 2020 election, Cheney drew the ire of Trump loyalists because of criticisms she made about Trump’s plans to withdraw from Afghanistan, the administration’s treatment of Lt. Col. Alexander Vindman and her support for Dr. Anthony Fauci’s leadership during the pandemic. This resulted in a coordinated attack on Cheney at a House Republican conference meeting last July — in many ways a prelude to Wednesday.In staking out these contrary positions, though, Cheney was seeking to create a path forward for Republicans without Trump — in case he lost in 2020.They’ve chosen not to take it. He did lose, and — with all his political baggage — is still here.Get our free weekly newsletter

Join us on Twitter and FacebookAnd yet, not only could Republicans win back the House next year anyway, midterm election historical trends, and a slim Democratic majority, mean Republicans should win it back.So after four tumultuous years — and the loss of the Senate (and, earlier, the House) and the presidency — capped by an insurrection at the Capitol inspired from within 1600 Pennsylvania Avenue, and the rise of the anti-cancel culture Republican Party eagerly canceling its own, what is the political lesson that will be learned?Back in May of 2016, Lindsey Graham tweeted: “If we nominate Trump, we will get destroyed … and we will deserve it.”As he came to see, it’s more complicated than that.

Conflict in an awkward situation: I need ideas. Personal diary so please avoid if not your thing.