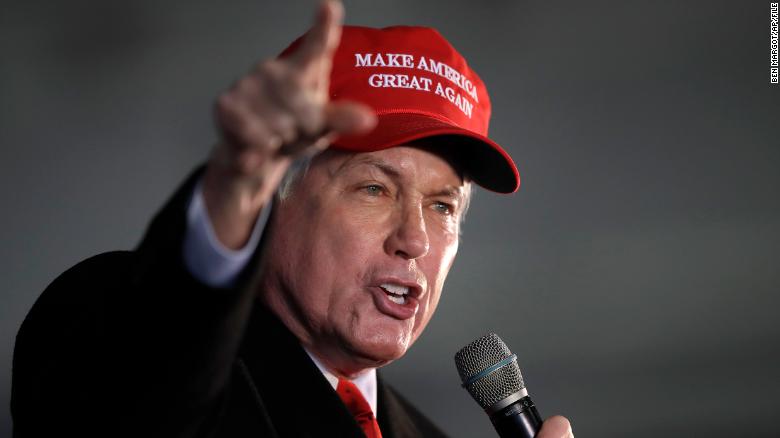 Georgia Secretary of State Brad Raffensperger has launched an investigation into whether attorney Lin Wood voted as a legal resident in the November election, a source with Raffensperger’s office confirmed to CNN.

Wood, a staunch supporter of former President Donald Trump, was one of the lawyers who unsuccessfully pushed a handful of lawsuits to block Georgia’s election results after alleging fraud. The cases were rapidly dismissed by the courts and described as disinformation by state election officials.

Wood said in a statement to CNN, “I have been a resident of the State of Georgia since 1955. I have changed my residency to South Carolina yesterday.”

“This is pure harassment by the Georgia Secretary of State,” he added before pushing more baseless voter fraud allegations.
Earlier Tuesday, Wood told Justin Gray of WSB-TV that he had moved out of Georgia and “been domiciled in South Carolina for several months after purchasing property in the state in April.” Gray tweeted that those comments “caught the eye of investigators.“
Wood said in a statement to CNN on Tuesday night that he has not been “domiciled” in South Carolina.
“I have not been ‘domiciled’ in South Carolina for several months,” Wood told CNN. “I have spent time at my homes in Georgia and South Carolina. I considered myself to be domiciled and a resident of Georgia until yesterday when I made the decision to become a resident of South Carolina. Now I expect to be domiciled in South Carolina too. I will still frequently visit Georgia.”
Wood is an attorney who focuses on civil litigation and has experience in First Amendment and defamation litigation, according to his website, though he’s perhaps become best known for his fierce defense of Trump.
He was permanently banned from Twitter last month after promoting the riots at the US Capitol, according to BuzzFeed News. Wood was at first temporarily suspended for a tweet that incited violence, and then permanently banned after saying he would begin posting from another account, according to the outlet.
He represented Kentucky high school student Nicholas Sandmann, who settled a lawsuit with CNN after being at the center of a viral video controversy. Wood is also chairman and CEO of #FightBack, which raised $2 million cash bail for Kyle Rittenhouse, who has been ordered to stand trial in the fatal shooting of two men and wounding another in August during protests in Kenosha, Wisconsin, and is currently represented by attorney Mark Richards.
Raffensperger, meanwhile, has been adamant in defending the results of the presidential election as well as the integrity of the state’s voting system, including when Trump pushed him to “find” votes on a phone call last month.
In excerpts of the stunning one-hour phone call, Trump lambasted his fellow Republican for refusing to falsely say that he won the election in Georgia and repeatedly touted baseless claims of election fraud.
“The people of Georgia are angry, the people of the country are angry. And there’s nothing wrong with saying that, you know, um, that you’ve recalculated,” Trump said in one part of the call. Raffensperger responded, “Well, Mr. President, the challenge that you have is, the data you have is wrong.”