We already knew that former Attorney General Bill Barr grossly misled Congress and the public about the findings of Special Counsel Robert Mueller’s Russia investigation. Turns out, it’s even worse than that. New revelations in a Washington, DC, lawsuit make clear the depths of the fundamental dishonesty that marred Barr’s tenure as attorney general. 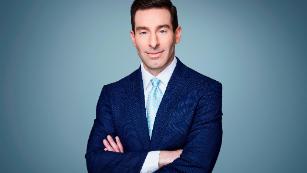 Elie HonigBack in March 2019, in a thoroughly deceitful — but ultimately successful — effort to save former President Donald Trump’s legal hide, Barr wrote an infamous four-page summary letter that baldly mischaracterized the Mueller report and unilaterally declared Trump free and clear on obstruction of justice, despite Mueller citing evidence of elements of obstruction of justice (though Mueller did not reach a conclusion of whether Trump committed the crime, largely because of a Justice Department policy against indicting a sitting president). Barr then withheld the actual Mueller report from the public for nearly a full month, as public opinion calcified around his distorted, pro-Trump conclusions.We know Barr misled the American people in his summary letter, first, because Mueller himself — in an uncharacteristically confrontational move — wrote a letter in which he pointedly noted that Barr’s public summary “did not fully capture the context, nature, and substance of this Office’s work and conclusions.”Later, Judge Reggie Walton — nominated to the federal bench by Republican President George W. Bush in 2001 — also blasted Barr for his dishonesty. In a March 2020 ruling, in a lawsuit brought by a public interest group seeking access to redacted portions of the Mueller report, Walton excoriated Barr for his “lack of candor,” which “call(s) into question Attorney General Barr’s credibility and in turn, the Department’s representation” on the Mueller report.Barr’s misrepresentations were so flagrant, according to Walton, that they “cause the Court to seriously question whether Attorney General Barr made a calculated attempt to influence public discourse about the Mueller Report in favor of President Trump despite certain findings in the redacted version of the Mueller Report to the contrary.” This is how a judge calls a litigant a liar, politely.Now, Judge Amy Berman Jackson, a federal judge nominated by President Barack Obama in 2011, has registered her disgust with Barr’s dishonesty over the Mueller report. In a ruling on Tuesday, in a lawsuit by a government transparency group seeking documents relating to the Mueller report, Jackson held that Barr’s summary of Mueller’s report was “disingenuous.” That’s charitable phrasing, and a big deal when applied to a former attorney general. It’s also nothing new.But Jackson’s opinion added another layer to the Barr-Mueller scandal. There was apparently a legal memo kicking around the inner sanctum of the Justice Department, which the department tried to use to convince Jackson it provided Barr with the legal basis for his conclusion that Trump had not obstructed justice. If that was the case, it would support the notion that perhaps Barr did not rush to judgment in clearing Trump, and perhaps Barr did engage in meaningful legal deliberation, rather than the precooked rush job that his four-page letter — issued just two days after Barr received the Mueller report — appeared to be.However, Jackson found that the Justice Department’s representation of the legal memo was also “disingenuous” and gave “incomplete explanations” intended to “obfuscate the true purpose of the memorandum.” In fact, the legal memo was finalized by two political figures in the department — Steven Engel of the Office of Legal Counsel and Ed O’Callaghan, a top adviser in the Deputy Attorney General’s Office — only after Barr issued his four-page memo, as a seeming after-the-fact justification for Barr’s otherwise indefensible actions.The Justice Department tried to sell Jackson a bill of goods about Barr’s thorough and deliberative legal process, but she saw right through that facade and acknowledged that Barr’s conclusion was cooked from the start. Jackson pointedly held that the facts “belie the notion that it fell to the Attorney General to make a prosecution decision or that any such decision was on the table at any time … The fact that (Trump) would not be prosecuted was a given.”Get our free weekly newsletter

Join us on Twitter and FacebookBarr already had earned himself a place in history as a uniquely problematic attorney general. His flagrant distortion of the Mueller report was only his first of many transgressions. He later would intervene in unprecedented fashion to aid Trump’s political allies Roger Stone and Michael Flynn; decline to open a criminal investigation in the Ukraine scandal, despite ample evidence of potential criminality; fire the US Attorney for the Southern District of New York under questionable pretenses; authorize unjustifiable force against protesters by the White House; and misled the public about the threat of massive voter fraud in the run-up to the 2020 election.The new revelations in Jackson’s opinion are, in one sense, more of the same. Beyond that, they make clear that Barr — and those around him — would cross almost any line to cover up his misconduct.Barr surely will go down in history among our most dishonest attorneys general. He’s earned it.

Conflict in an awkward situation: I need ideas. Personal diary so please avoid if not your thing.

Texas’ 1836 Project is a big bag of BS, and we all know everything’s bigger in Texas

Conflict in an awkward situation: I need ideas. Personal diary...