A state senator in Alaska says she cannot reach the capital of Juneau for senate votes because she was banned by Alaska Airlines for refusing to follow the federal transportation mask mandate.

Lora Reinbold, a Republican state senator representing Eagle River, a suburb of Anchorage, was notified by Alaska Airlines in April that she is indefinitely banned for flouting the federal mask mandate that requires airline passengers to wear a face covering, according to an airline spokesperson.

Reinbold made the procedural request Thursday to be excused from lawmaking business at the state capitol during a future session, the Anchorage Daily News reported from Juneau, because her only air route from Anchorage to the capital — a Delta flight that connected in Seattle — is seasonal and ends Sept. 11.

Reinbold’s transit situation is as unique as the capital of the 49th state: Juneau, in a narrow fjord, largely inaccessible by road, is served by only a few airlines, and only Alaska Airlines flies year-round between Juneau and Anchorage, where Reinbold lives. 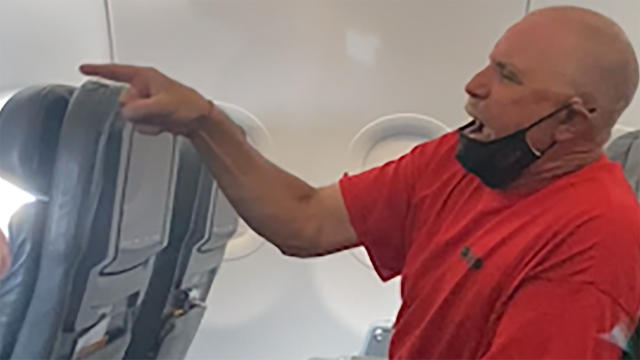 Reinbold did not immediately respond to a request for comment, shared her thoughts about her request to be excused from legislative session in a Facebook post:

“To be excused does not mean you will not be here, it means the legislative process cannot be inhibited if you are not there. Maybe its time to proceed on moving the legislature to the road system. If the only airline that has access during session, can unconstitutionally impede a legislators ability to get to the Capital in a safe and timely fashion, it could undermine our representative republic.”

In April, shortly after she was banned, Reinbold traveled overland through Canada and took a ferry to reach the legislative session in Juneau, writing on Facebook that she “went to new heights to serve you & have a new appreciation for the marine ferry system.”

Reinbold’s Facebook page on Friday contained many posts with Covid-19 misinformation, including advice to take hydroxychloroquine and ivermectin if infected with the virus. Her page also includes strong expressions of her opposition to mask and vaccine mandates.

In a Facebook post Thursday Reinbold called the mandate “a tyrannical unconstitutional ‘directive’ on transportation that invaded the rights of private citizens.”

Alaska Airlines said in a statement that Reinbold was notified of her ban on April 24 and that “she is not permitted to fly with us for her continued refusal to comply with employee instruction regarding the current mask policy.”

The airline said that since her April ban, “a review did happen and the suspension was upheld.”

Part of Reinbold’s encounter with authorities at the Anchorage airport in April, just before she traveled over land and sea, was recorded and uploaded to Twitter.