“I am here today not because I want to be. I am terrified. I am here because I believe it is my civic duty to tell you what happened to me while Brett Kavanaugh and I were in high school,” Professor Christine Blasey Ford plans to say in her testimony before the Senate Judiciary Committee on Thursday, according to prepared remarks released to media Wednesday evening.

While Ford is one of three women to publicly accuse the U.S. Supreme Court nominee of sexual assault, she is currently the only alleged victim slated to speak at the Thursday hearing ahead of a vote scheduled for Friday.

I was pushed from behind into a bedroom. I couldn’t see who pushed me. Brett and Mark came into the bedroom and locked the door behind them. There was music already playing in the bedroom. It was turned up louder by either Brett or Mark once we were in the room. I was pushed onto the bed and Brett got on top of me. He began running his hands over my body and grinding his hips into me. I yelled, hoping someone downstairs might hear me, and tried to get away from him, but his weight was heavy. Brett groped me and tried to take off my clothes… I believed he was going to rape me. I tried to yell for help. When I did this, Brett put his hand over my mouth to stop me from screaming… It was hard for me to breathe, and I thought that Brett was accidentally going to kill me. 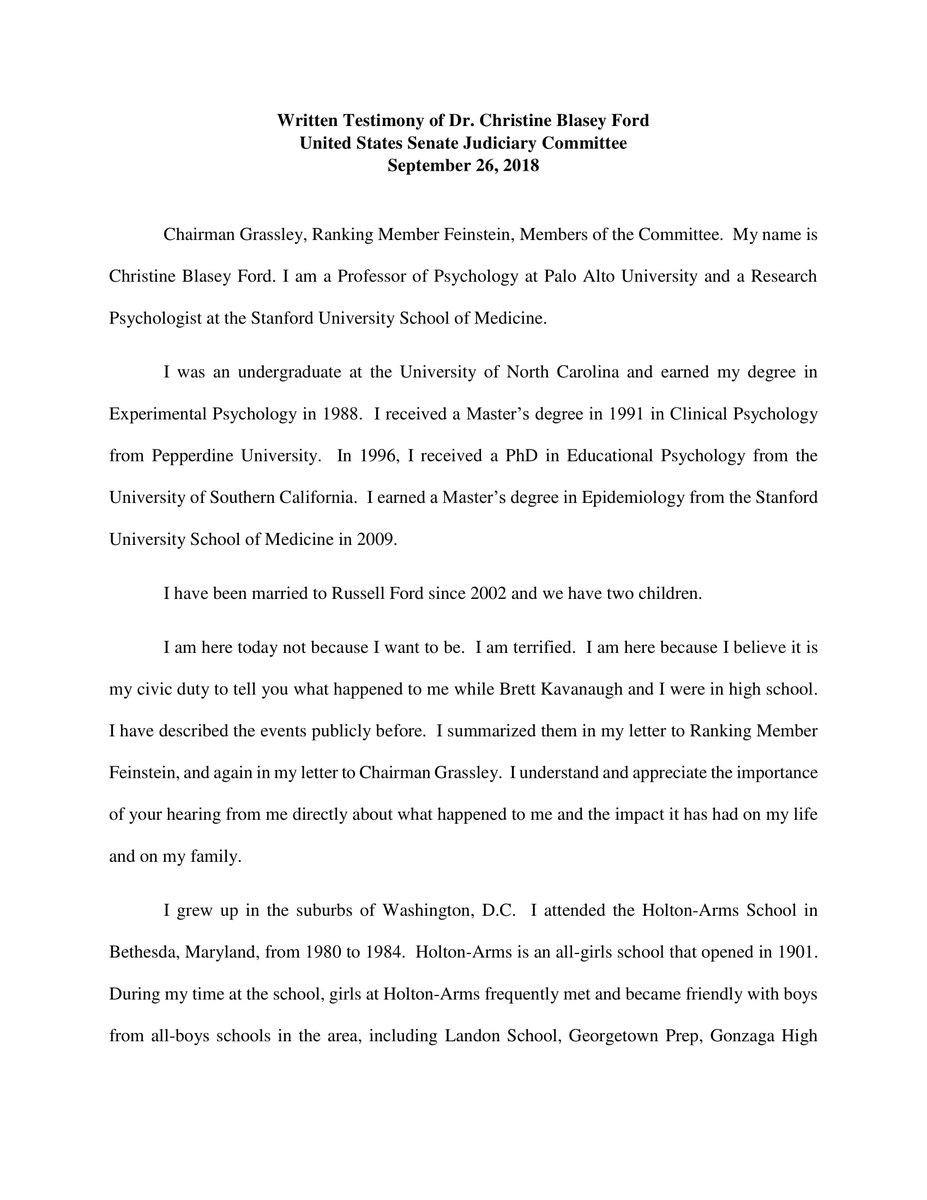 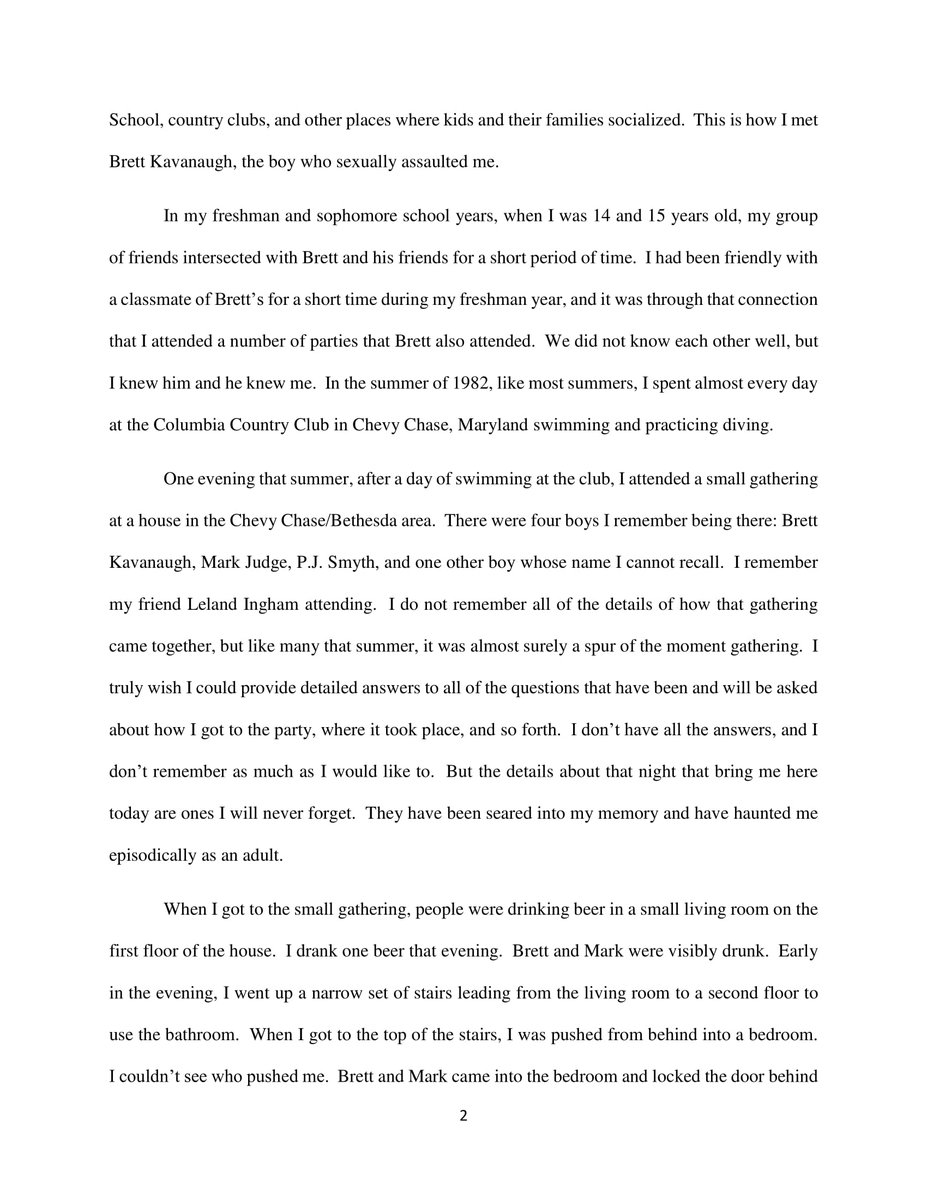 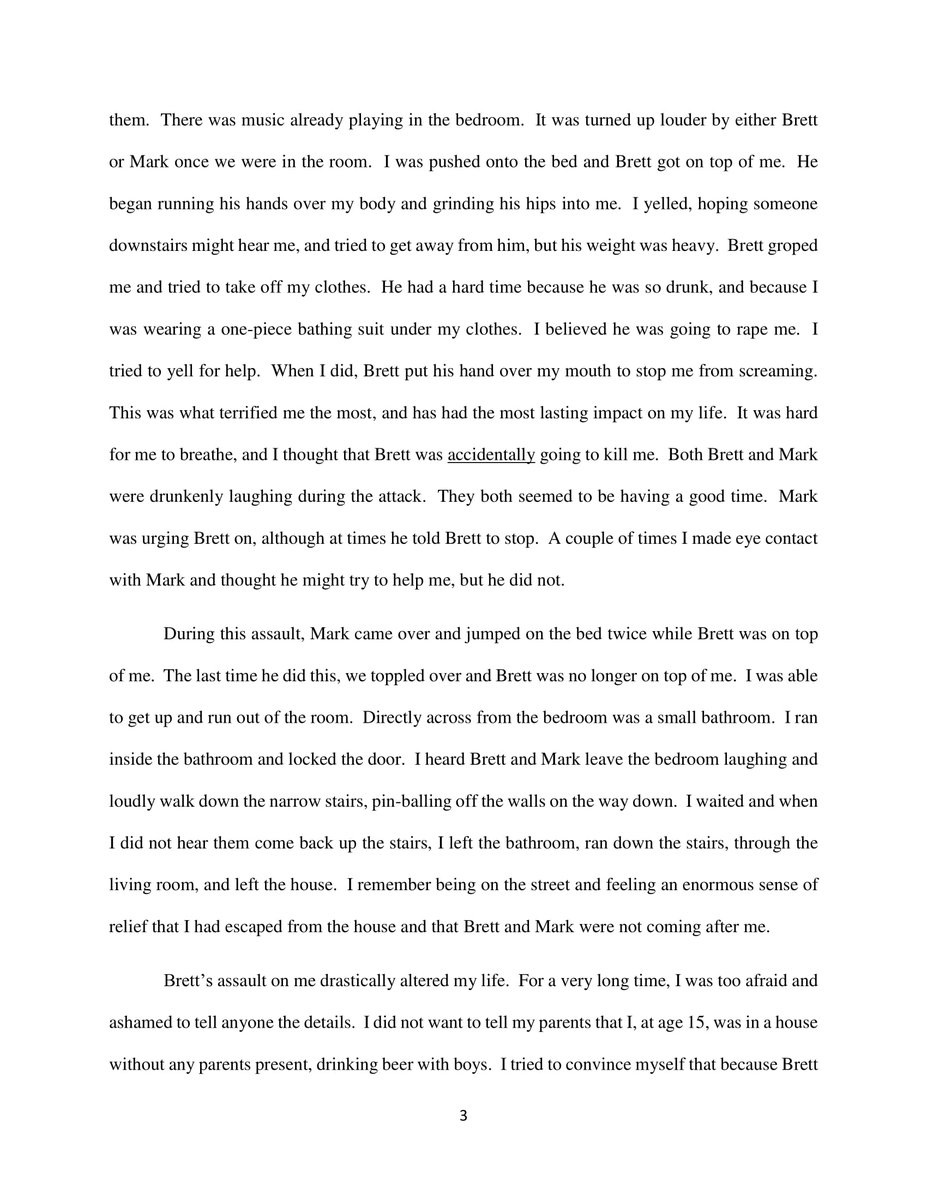 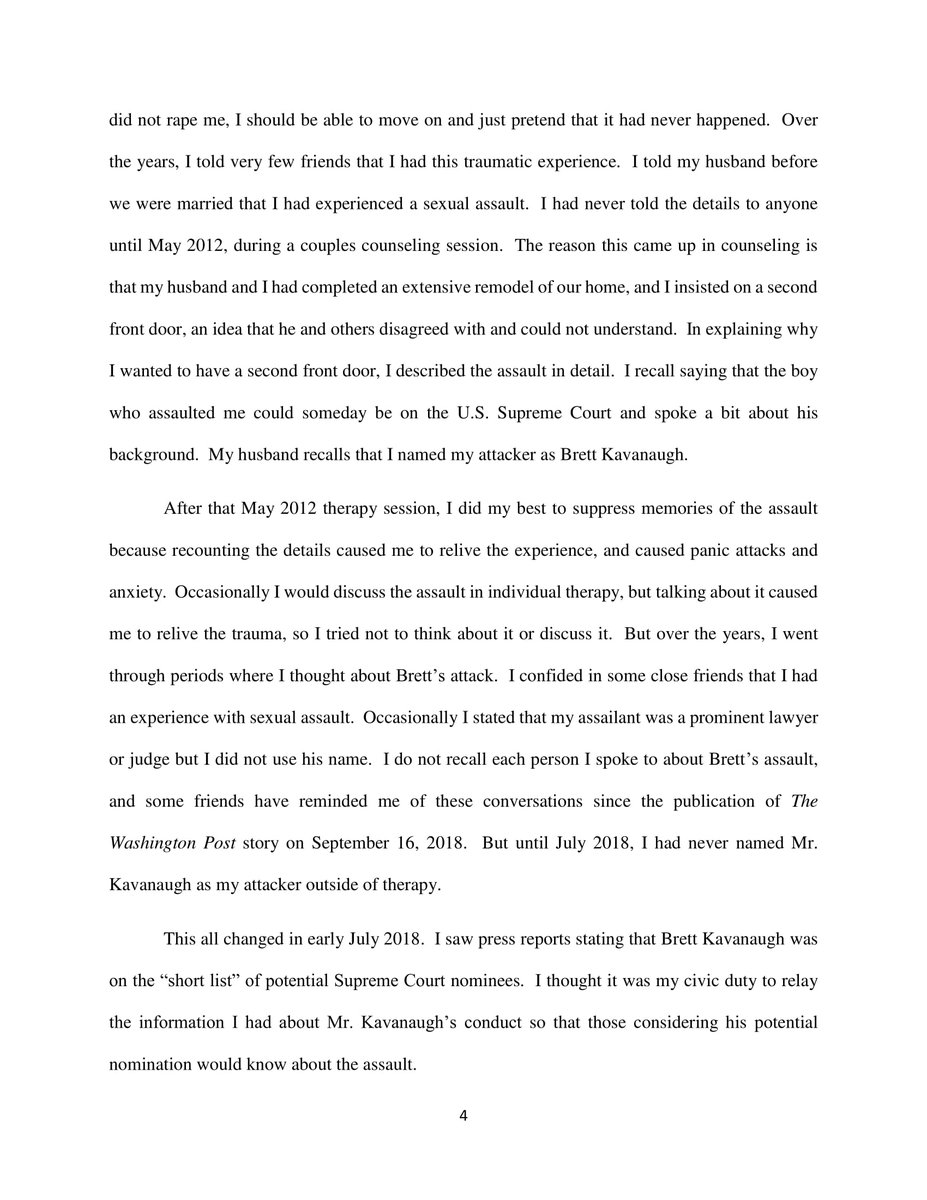 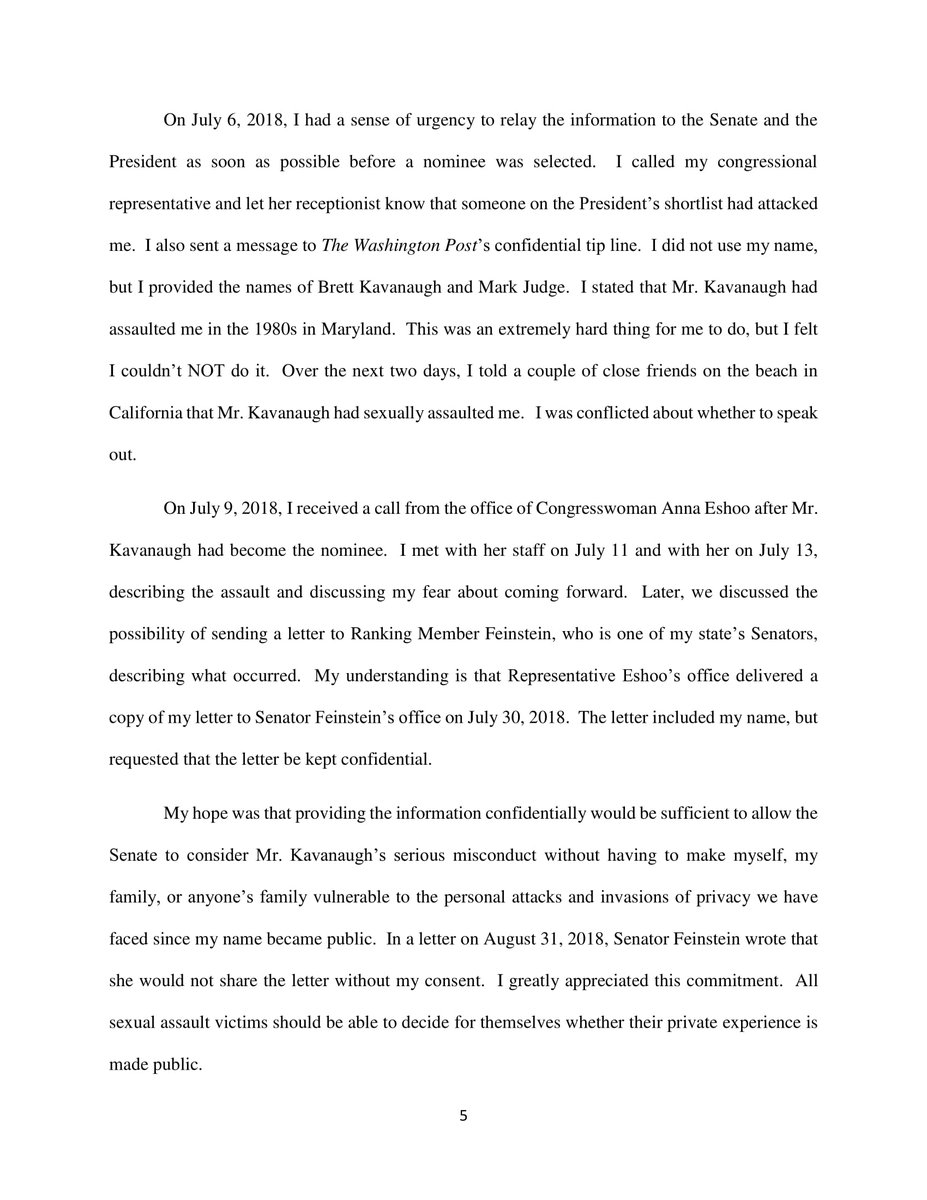 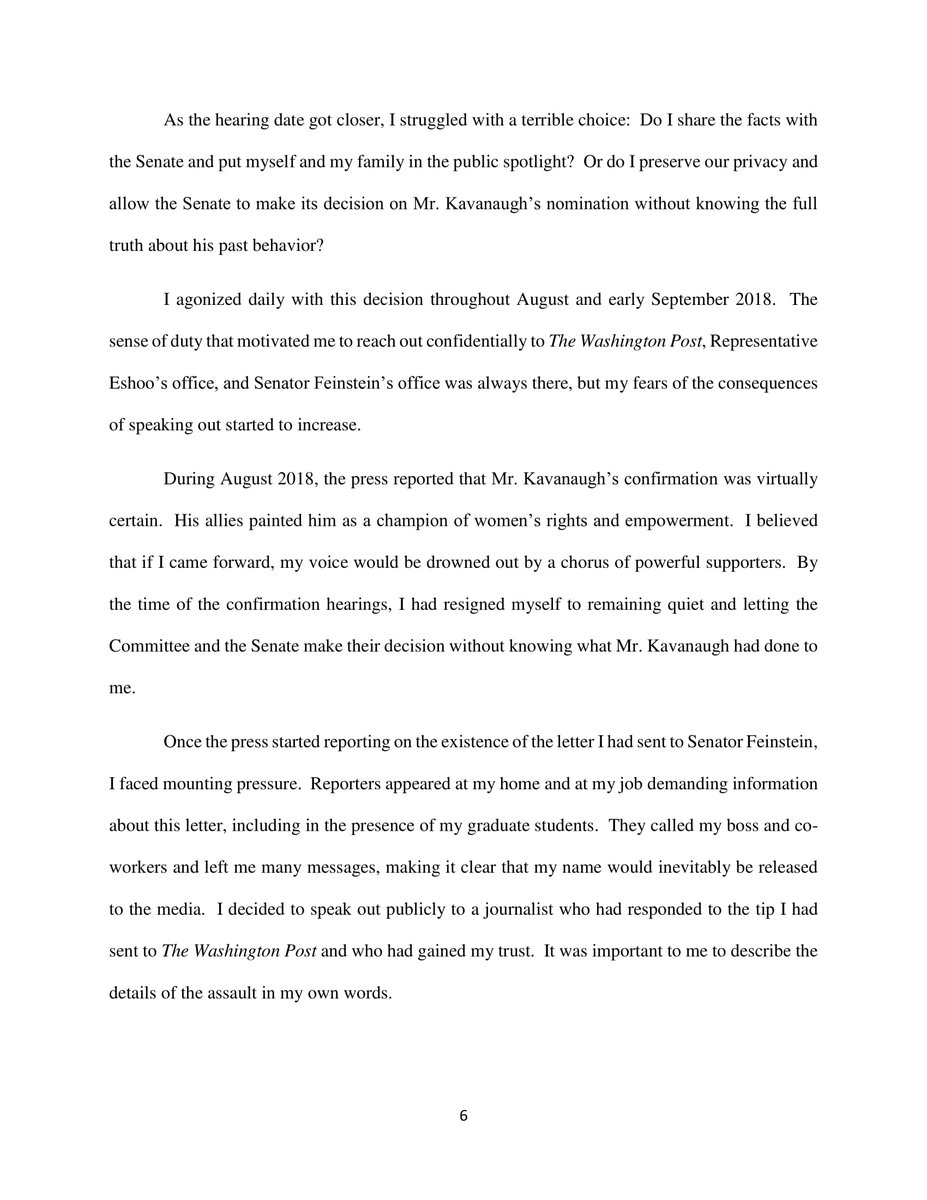 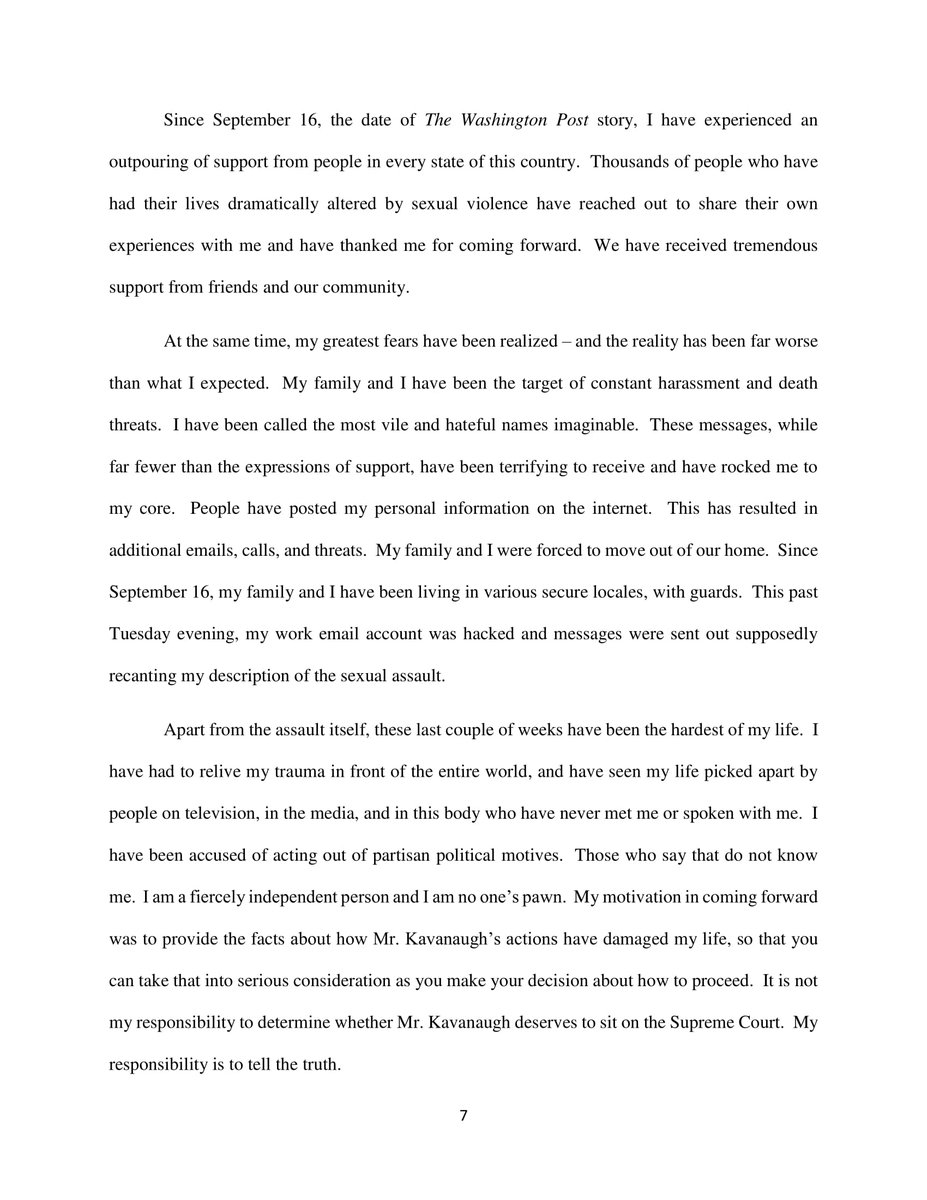 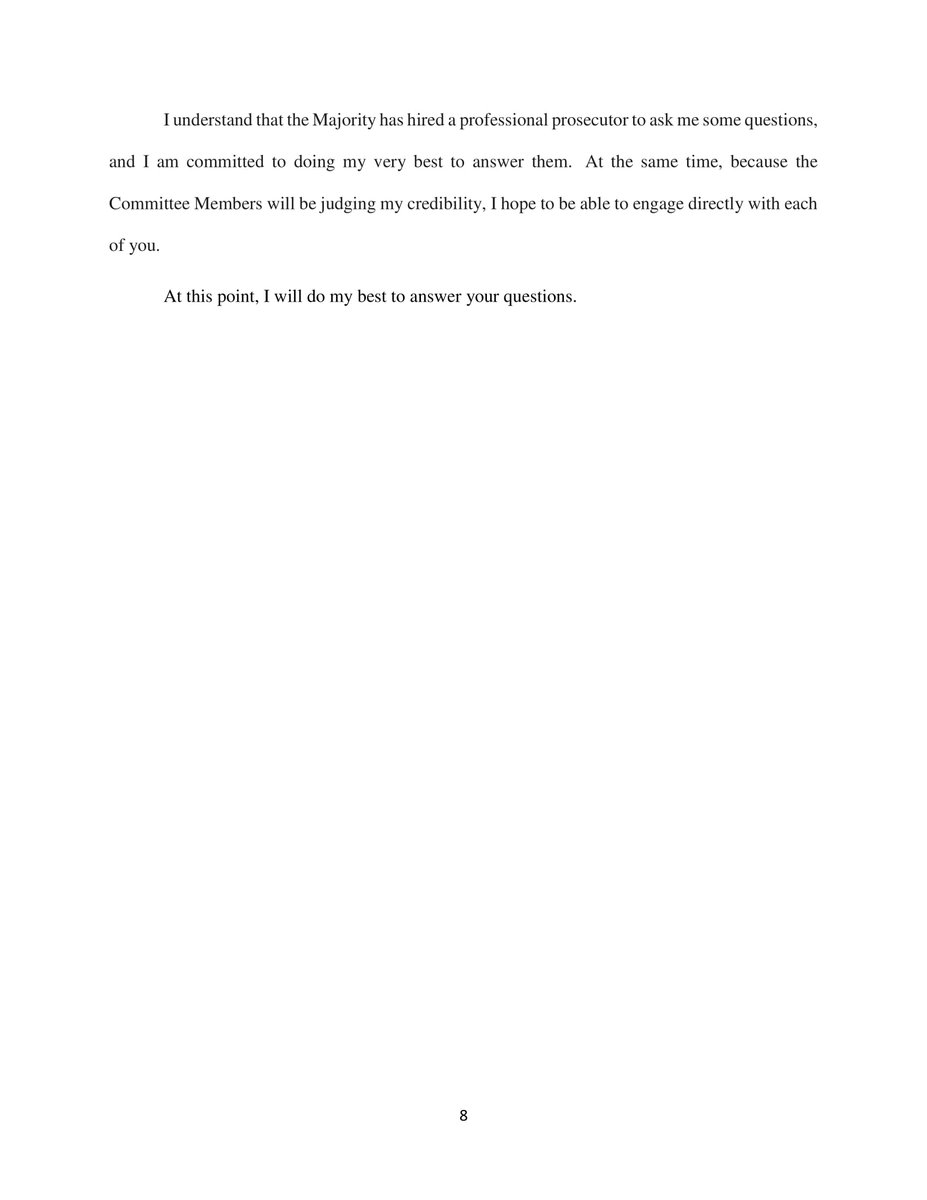 Liked it? Take a second to support Community last on Patreon!

Trump running for president To stay out of jail